It was a fateful evening about ten years ago. Back then, depending on the announced guests, I was sometimes watching the US late-night shows with Jay Leno and Conan O'Brian since our cable provider kindly added a channel that broadcast their shows. On one of the Jay Leno shows Robin Williams was used as a human paintbrush by three men who had painted their skin blue. During the performance they played some drum heavy music with a driving beat that I instantly liked since I'm a big fan of rhythm-heavy music. The group was aptly named Blue Man Group. 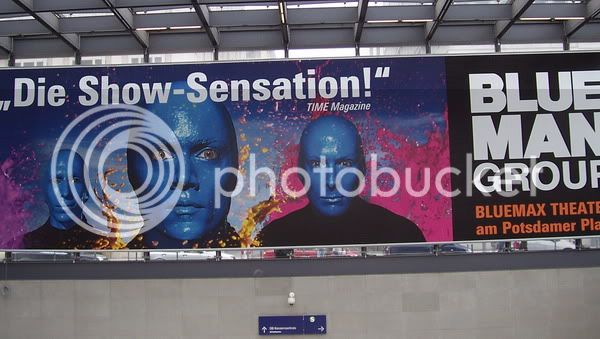 I first thought that it was a rock group that used a lot of drums and percussions and only later did I find out that they were more of a performance group though the self-made instruments play a big part of their act (please remember that that was during a time when you didn't immediately went on google or wikipedia to find more information). And they did release a music CD of which I was probably one of the first owners in Germany.